Birds of an unusual feather 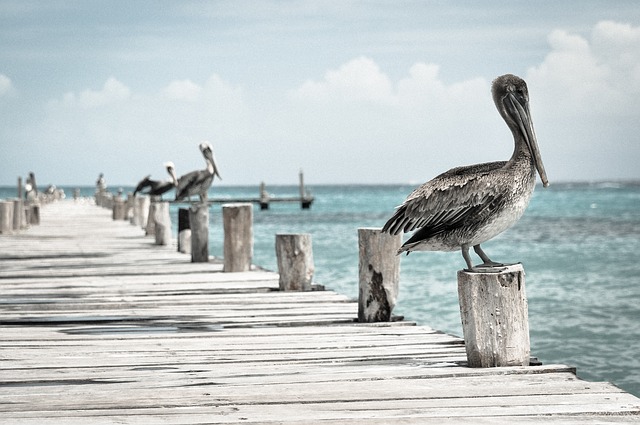 As the Tower of London is famous for being the home of ravens so St James’s Park, London, is home to the pelicans.  Pelicans have lived on the lake, since 1664, when the Russian ambassador presented Charles II with two Dalmatian pelicans.  The birds never bred, but subsequent Russian ambassadors continued to present pelicans.  This even carried on during the Communist era and nearly sparked a diplomatic war.

Thankfully it was realized that the American pelicans were unhappy, because they were salt water pelicans and were not used to living in freshwater.  They were swiftly replaced with a batch of fresh water American white pelicans, which made friends with the Russian pelicans and peace and harmony was restored to the royal park.

Pelicans are mentioned in the Bible.  King David writes in a moment of despair that ‘I am become like a pelican in the wilderness.’ (Psalm 102: 6)  By that he meant that he felt cut off from his fellow man and was like the pelican, which was known to inhabit lonely places.  The wild pelican was regarded as a serious sombre and austere bird and all this reflected King David’s mood.

More positively pelicans also feature heavily in Christian art, because of their red-tipped beak. According to legend, when a mother pelican cannot find food for her young, she thrusts her beak into her breast and nourishes her little ones with her own blood. The early church saw in this story a beautiful picture of Christ’s sacrificial offering of Himself for us on the cross. It also provided a model for how we should show sacrificial love to one another.

As the living pelican pecks its breast, so others may live on its flesh and blood, it is not surprising that the pelican also became a symbol of how the risen Lord feeds us with His body and blood at Holy Communion.  One Communion hymn sums it up this way:

Bathe me, Jesus Lord, in what thy bosom ran

Blood that but one drop had the power to win

All the world forgiveness of its sin.

So if you visit the pelicans of St James’s Park by all means remember the Russian and American conflict. But more importantly recall how the pelican is a strong reminder of the sacrificial life of Jesus Christ, who continues to nourish us on our pilgrim way with the Holy Eucharist; may the image of the pelican also move us to show sacrificial love and charity to our neighbours.

This site uses Akismet to reduce spam. Learn how your comment data is processed.